Pursuing the ultimate specifications for the future

UVC LEDs are expected to be used in various applications for disinfection. Dr. Naohiro Kuze talks about the commercialization of UVC LED technology, acquisition of a startup company, his turning points, and his beliefs as a researcher. 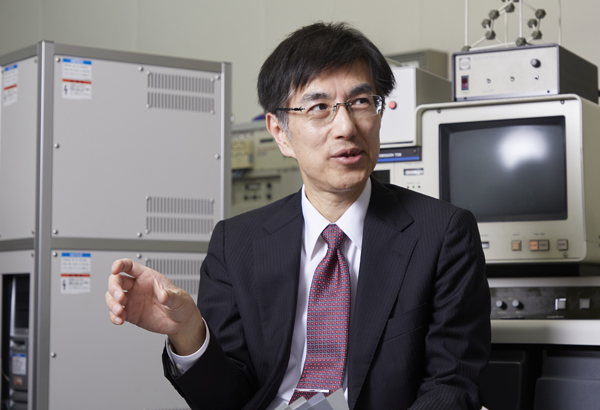 Born in Osaka in 1959, Kuze joined Asahi Kasei in 1982 after receiving an engineering degree in hydrocarbon chemistry from Kyoto University. He studied electron physics at the California Institute of Technology in 1989, and obtained a Doctorate of Engineering in electron physics from Kyoto University in 2002. After being engaged in the development and commercialization of new Hall elements, he launched an infrared sensor development project in 2004. Appointed as head of the Research & Development Center of Asahi Kasei Microdevices in 2011, and became involved in Asahi Kasei’s acquisition of Crystal IS, Inc. Became head of the UVC Project in 2014, and led the development and commercialization of UVC LEDs. Current position since 2017.

We began working on UVC LEDs in 2008. UVC is ultraviolet light in the wavelength range between 200–280 nm. UVC light from the sun is absorbed by the ozone layer, so it doesn’t reach the Earth’s surface. The wavelength of 260 nm has the strongest disinfection effect. Aluminum nitride (AlN) is the best semiconductor substrate material for this specification, featuring durability and high power output.

Disinfection with UVC can be used for air, water, and surfaces. We began by focusing on water. UVC LEDs can also be used inside air conditioners and air purifiers to suppress the growth of bacteria and mold. Since UVC emission provides stable disinfection effect, UVC LEDs can be applied in various devices and equipment for large-volume water treatment. Another application is air sterilization. Soon it will be possible to use UVC LEDs to provide comfortable and safe spaces by sterilizing the air of pathogens in spaces such as classrooms, conference rooms, event halls, trains, subway platforms, etc. 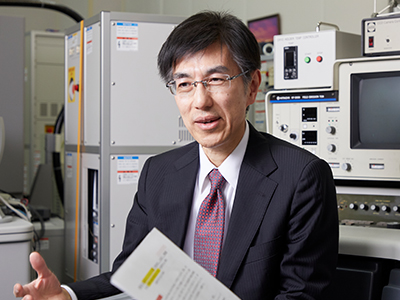 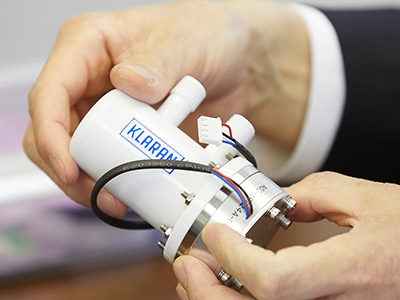 Always searching for something new

Since I was a kid, I’ve always been full of curiosity. When my parents gave me a new toy, I would dissemble it, look at how it worked inside, and then put it back together again. I was also interested in living creatures, and kept bats and sparrows at home. It was fascinating to watch how they lived. I majored in quantum chemistry in college and have continued to focus on the interdisciplinarity of chemistry and electron physics. After entering Asahi Kasei, I had the opportunity to research compound semiconductors at Caltech for two years.

I joined Asahi Kasei because I wanted to do research that would be useful for people. Writing academic papers wasn’t satisfying. I wanted to develop something that I could see people actually using around the world someday. Asahi Kasei has a dynamic heritage of launching new businesses in various fields, which was appealing to me. I felt that this company would allow me to do the kind of research that I was really interested in.

Know your own strength, aim to be the best at it

The most important thing for a researcher is to find what it is you’re good at, and then strive to be better at that than anybody else. This will be an arduous path. I constantly try to improve my strength with three viewpoints. First is seriously accepting experimental results. As the data do not lie, you need to face the reality of the results. Second is realizing how your technology is positioned among competing technologies and competing companies. Third is anticipating what your business will be like in 5 or 10 years.

My next project is to develop a UV-C semiconductor laser based on the AlN substrate. There was no significant technological progress in this field for 10 years. However, we recently made a major stride. Through joint work between Asahi Kasei and a research group lead by Prof. Hiroshi Amano of Nagoya University, we achieved the world’s shortest lasing wavelength of 271.8 nm. If it can be successfully commercialized, such a laser would be used not only in healthcare such as topical disinfection and therapeutic applications, but also expand to applications including measurement and analysis of DNA and particulates, and gas analysis. At the press conference announcing our joint result, Prof. Amano said “This is a game-changing technology.” I’m eager to make this into a practical technology for society. 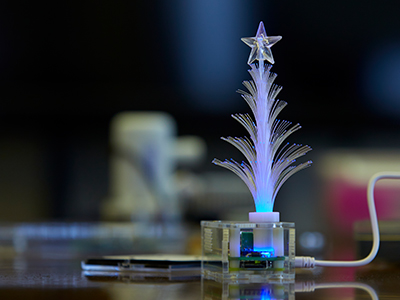 True innovation is when a new technology supplants the former one, which ends up changing our world. Consider how liquid crystal displays replaced cathode ray tubes, CD players replaced tape recorders, and digital cameras replaced cameras using film. As for disinfection technology, Asahi Kasei’s innovation of UVC LEDs to replace mercury lamps is just such an example. Although the principle of disinfection by UV light is the same, eliminating the need for poisonous mercury is very meaningful for society. I want young researchers to eagerly take on challenges to create innovative new businesses. The path from R&D to commercialization is full of ups and downs. The key is to always remain eager for more progress. I’ve found that’s the best way to overcome setbacks. There will be times when you hit a wall and nothing seems to work, and you might feel like giving up. Instead, this should make you even hungrier for progress. If you can enjoy the challenge, you will find a way forward. 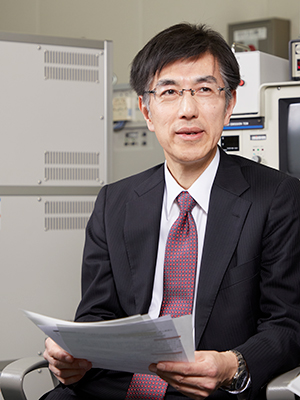